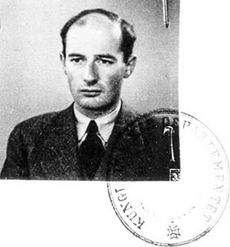 70 years ago, Raoul Wallenberg was captured by the Soviet Army in the Hungarian capital, Budapest. In this article I depict his last hours as a free man, and the Swedish betrayal that followed.

Please find an English translation of the article here.

Smithsonian.org published an article on the circumstances of Raoul Wallenberg’s arrest January 17th, 1945, and the series of following events that helps us understand why he never became a free man again.   Read the Read more…